Kickball in the Rain

Yesterday, I went outside to play with the boys.  We started a game of kickball, one of their favorite games to play outside.  Unfortunately, it started raining.  I was all set to head inside, but the boys wanted to keep playing in the rain.  After mom gave them permission, I watched from the doorway. 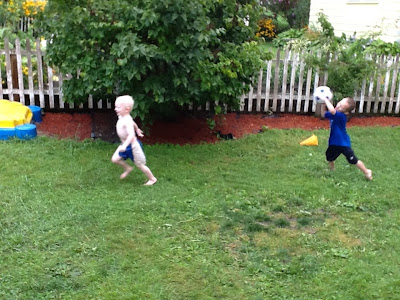 Parker attempts to get Cater out while Carter runs past third base.  (Third base is supposed to be by the bush, but whatever, they have rather liberal rules.) 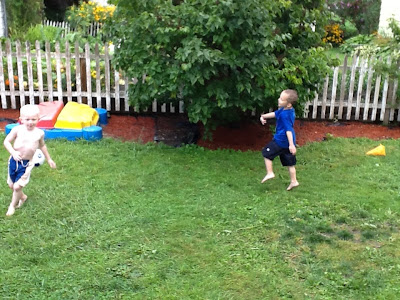 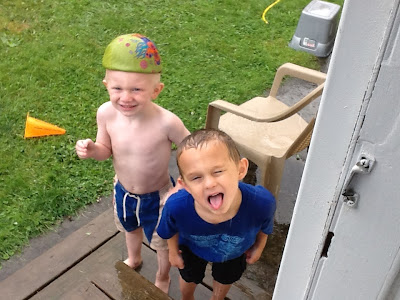 Carter found a deflated ball and put it on his head as a hat... 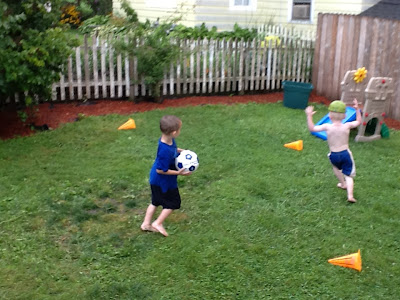 ...and would run the bases trying to keep it balanced on his head!

After the kickball game, the boys came inside.  I cooked a pizza.  They boys ate it happily in front of the television while watching an episode of Phineas and Ferb.  Later in the day, we all watched The Lion King together. 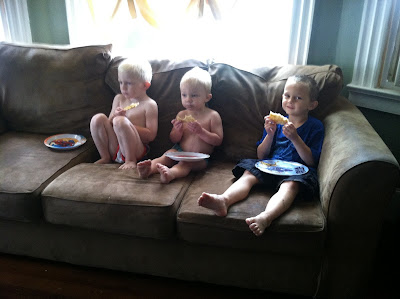 Later in the afternoon, Anderson ending up taking off his dirty diaper.  Parker, Carter, Mom, and I hunted around the house for it.  I finally found it in the playroom and cleaned up the mess.  The moral of the story is to make sure you change Anderson's diaper or else he will go ahead and change it himself.  There is always a good life lesson to learn from Anderson! 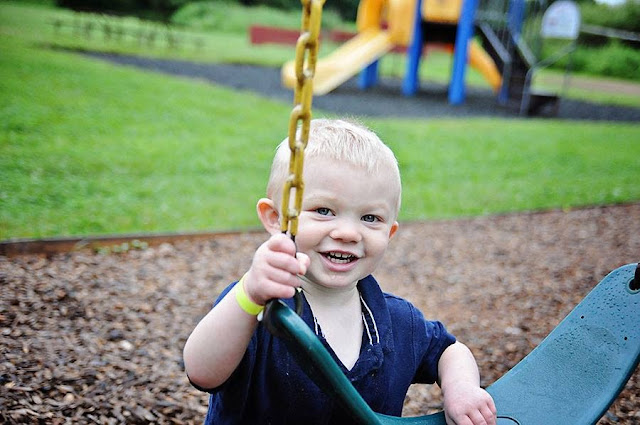 Holly has an ultrasound appointment today.  She is measuring really big and Holly and I are a little nervous and hope that everything it okay.  She could just be carrying big just because or it could signify some complications.  It could also signify there is an previously unknown twin in there, which I would be thrilled about, but that is unlikely.  So we are keeping mommy and the new baby in our prayers today.
Posted by Brian at 7:55 AM